Military Medals are a significant event in history and undoubtedly will have affected or changed the lives of members of your family and it's history. Researching my family military medals has been something I have planned to do  for some time since since I am fortunate to have  in my possession, two complete collections of military medals belonging to two great uncles. This blog post will  discuss both, however, I will focus mostly on my research into the medals of Major Alexander Wallace Johnstone.

On display on a small desk in my study, are displayed my maternal great uncle's World War II medals. They are mounted in a frame and accompanied by a name plaque which reads, Maj. A W Johnston. (pictured above) Although I see these medals almost every day, I have not yet investigated anything about them, or even what military services they were awarded for.

I am also in possession of  a collection of war medals which belonged to my paternal great uncle, (Samuel) John Clarke White. A very old box which my great uncle gave to my father contains not only World War I medals, but it is a Pandora's box of war relics. There are sock garters, a feather from my great Uncle John's army hat, badges, a belt buckle and other paraphernalia from his service in World War One. This box holding my great uncle's military medals was passed on from my father  to myself. Although not framed and on display like the other medals, I very much treasure them. Until now,  I have never found time to research the medals themselves or my uncle's war
This blog post will investigate the records which assisted me to understand the medals of Major Alexander Wallace Johnston.

I consider it fortunate that,  when my great uncle, Major Alexander Wallace Johnston passed away, the Australian Army arranged to have his medals framed for his wife. Uncle Lex, as he was known to me, was afforded a military funeral at Casula, NSW, following his death on May 31, 1966. Alexander Johnston died from a brain tumour, aged only 51 years. My great aunt always stated that the tumour had been caused by radiation exposure Lex received whilst stationed in Japan, following the dropping of the atom bomb on Hiroshima and Nagasaki, in 1945. Certainly his Army Service Records confirm that he was serving in Japan for 'various periods' from February 23, 1946 to April 11, 1954. At the time of his death, Alexander Johnston was to be promoted from Major to a higher ranking officer.
The following paragraph is the introduction to a detailed exposition of Australian troop involvement in Japan from 1946, which can be found on the Australian War Memorial website.

On 13 February 1946, Australian troops, the vanguard of a 37,000-strong British
Commonwealth Occupation Force (BCOF), disembarked at the war-devastated Japanese port
city of Kure, almost four years to the day (15 February 1942) after Singapore, the bastion of
the British Empire in the Far East, surrendered to the Japanese Army. At its peak, there were
some 12,000 Australians serving in BCOF.
From 1946 to 1952 Australian forces were responsible for the military occupation of
Hiroshima Prefecture, site of the first atomic bomb attack in history. During this time the role
of the Australian forces changed from that of an “occupying power” to a new role of
“protective power”; in 1950 Australian forces in Japan were deployed, under UN command,
to operations in Korea.

Prior to this blog post, I had not researched much about my great uncle ( by marriage) and it was from his military records that I discovered that Alexander Johnston was born on February 16, 1915 in Fitzroy, Melbourne, Victoria. He was the son of Scottish born Alexander Wallace Senior (1886-1950) and Alice Jean Radley (1884- 1979). Army Service records can be searched online through the National Archives of Australia's website, although some are still not open for access.

From the Australian War Memorial's Nominal Roll  I discovered that my great uncle enlisted on June 7, 1937 at Paddington, NSW. His place of residence at that time, was given as Coogee, NSW, where I know from anecdotal evidence that his parents were living. Significantly, this particular record informed me that my great uncle had never been a prisoner of war. This is a detail which I find quite comforting, considering his record of active duty overseas in WWII and The Korean War. Sadly my great uncle's date of discharge from the Australian Army, just short of a promotion, was the date of Major Alexander W Johnston's death, on May 31, 1966. 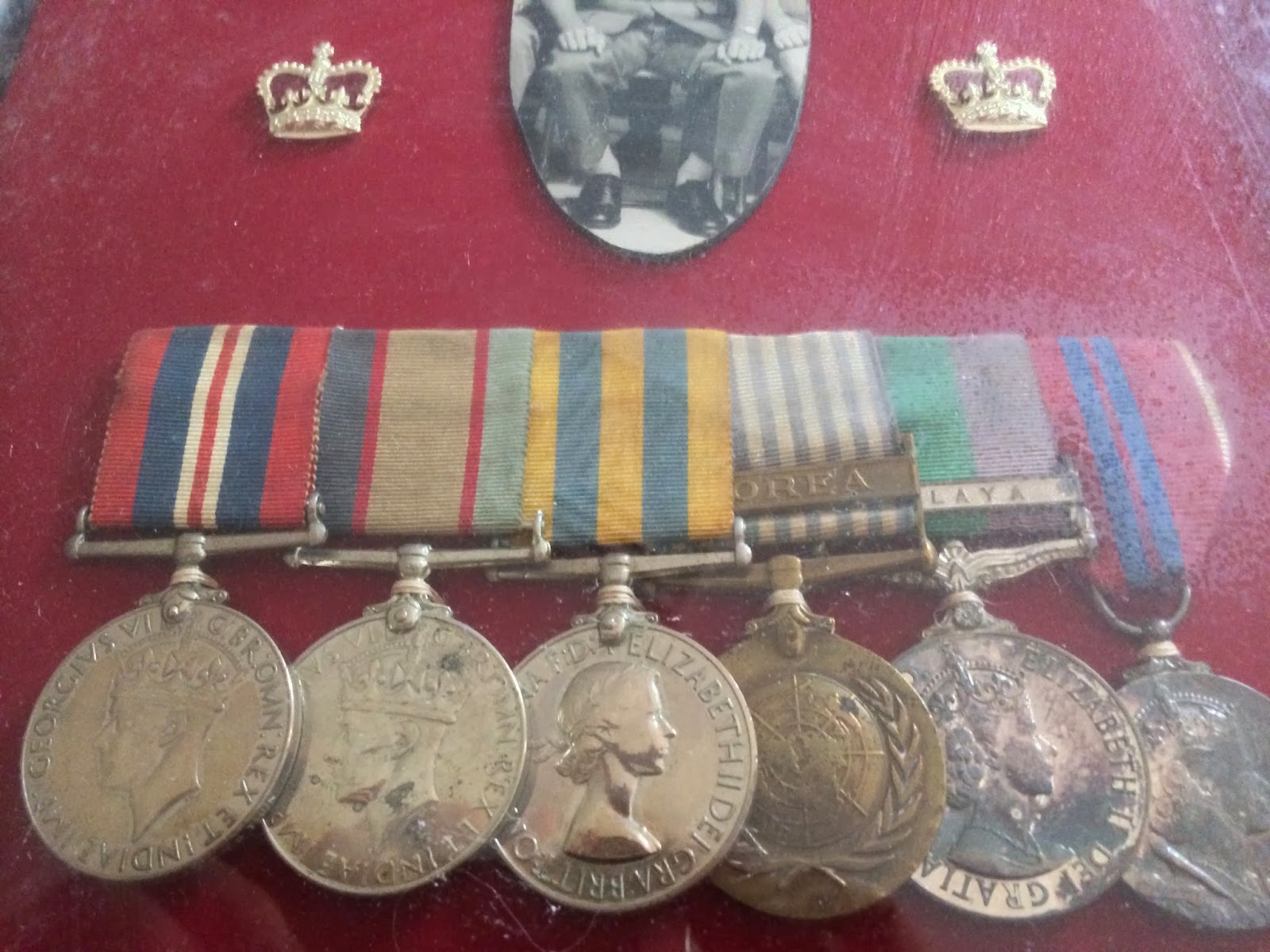 THE MEDALS EXPLAINED FROM LEFT TO RIGHT

The War Medal. This medal was awarded for full time service between 3 September 1939 and 2 September 1945. This cupro- nickel medal features King George VI on the front and the rear depicts a lion standing proudly on a fallen dragon. The ribbon's colours of red, white and blue represent the colours of the Union Jack. 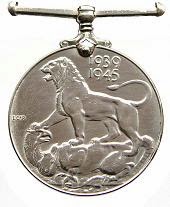 Alexander Johnston would have received the above  medal for his participation in the Battle of Morotai,  which as part of the Pacific War, commenced  on September 15, 1944 and ended in August 1945. Many websites provide information about the Battle of Morotai and it is worth researching the places where your military ancestor served to gain a more appreciative understanding of the significance of not only their military medals but importantly their military experience. The following paragraph is from Wikipedia.   www.wikipedia.org/wiki/Battle_of_Morotai

The fighting began when United States and Australian forces landed on the south-west corner of Morotai, a small island in the Netherlands East Indies (NEI), which the Allies needed as a base to support the liberation of the Philippines later that year. The invading forces greatly outnumbered the island's Japanese defenders and secured their objectives in two weeks. Japanese reinforcements landed on the island between September and November, but lacked the supplies needed to effectively attack the Allied defensive perimeter. Intermittent fighting continued until the end of the war, with the Japanese troops suffering heavy loss of life from disease and starvation. 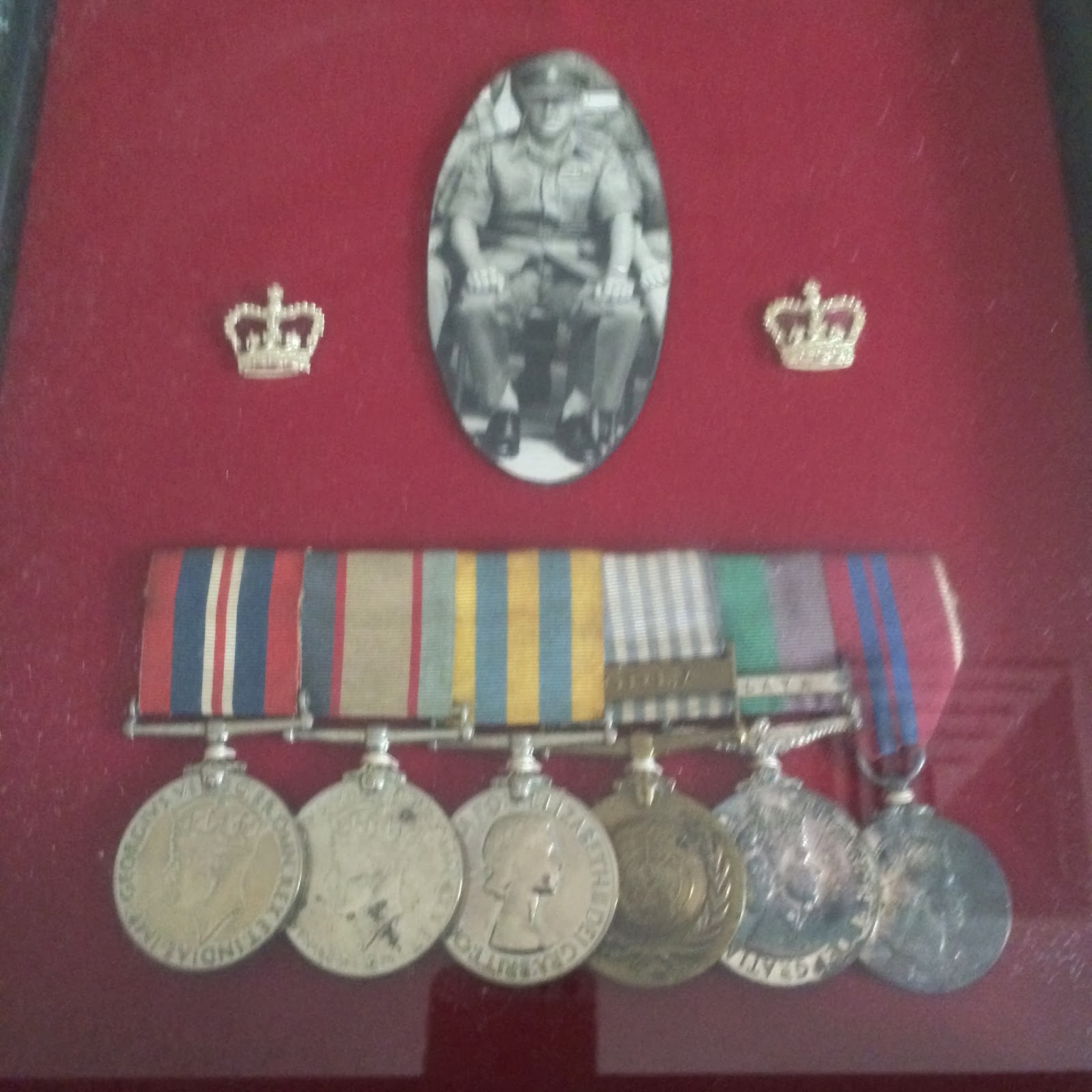 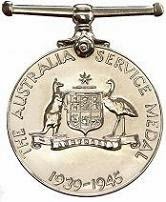 The Korea Medal.  This medal  was awarded to troupes from Australia, New Zealand, Canada and the UK, who served in Korea during the Korean War ( 25 June 1950 - 27 July 1953). This cupro-nickel medal was created when King George VI was monarch, however, he died in February 1952 and the medal exhibits an effigy of his daughter, Queen Elizabeth II on the front. On the back of the Korea Medal is illustrated Hercules wrestling the Hydra (the symbol of Communism) and the word Korea below. The ribbon displays five vertical stripes of alternating yellow and blue ( blue to represent the united nations).

This medal would have been awarded to my great uncle for his active role in the Korean War. ( June 1950 - July 1953) from the Australian War Memorial website I discovered that Alexander Johnston is likely to have been a part of one or more of the following Regiments in Korea.


The Liberal government of Australia, led by Prime Minister Robert Menzies, immediately responded to the UN resolution by offering military assistance. 17,000 Australians served in the Korean War between 1950 and 1953, and they suffered 339 dead, and 1200 wounded.[3]
With the commitment of Australian forces to the Korean War, the Australian government called for 1000 men who had prior military experience in World War II [4] to enlist in the army for three years, with one year of overseas service in Korea. They were called Korean Force or K-Force.[5] Their previous military experience would facilitate rapid deployment to Korea. Wikipedia.
The Australian War Memorial Out in the Cold Exhibition featured the following description of the Korean War.

War on land: the Australian Army in Korea

“The Korean War was overwhelmingly a land war, in terms of numbers of participants, casualties and material costs. It was fought across rugged terrain through which ran only rough, narrow roads and tracks. Operations were further complicated by extreme conditions of heat and cold, rain and snow for long periods.”
Robert O'Neill, Official Historian of Australia in the Korean War

The United Nations Service Medal (UNKM). The United nations established this medal in December 1951 as its first ever International award to honour those who served in the military forces of an Allied army in the defense of Korea between 27 June 1950 and 27 July 1954.

The General Service Medal (1918-1962)This silver medal was awarded for service in minor army and Air Force operations for which there was no existing award. The 1962 medal pictured above bears an effigy of Queen Elizabeth II on the front and  the back of the medal features the winged figure of Victory wearing a Corinthian helmet and bearing a trident. 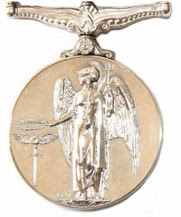 The Queen Elizabeth II Coronation Medal. This commemorative silver  medal, on the far right, was awarded to selected persons chosen by the heads of states and countries of the Commonwealth. Of the 138,214 medals produced, 11,561 were awarded to Australians.

My great aunt's marriage to Alexander Johnston was her second marriage and a second marriage for him also. I am privileged to have possession of the gold wedding dress Dorothy May Cameron (nee Weston) wore when she married Major Johnston in the 1950's. As a child I listened to my great aunt reminisce about life in Malaya as the wife of an Australian Army Officer. I have a photo album of black and white photographs which follow their years in Singapore. I am now planning to research more about my great uncle's army career and will follow up this blog post with an update on the Singapore years.