Saint Patrick's Day, March 17, is traditionally an Irish day of celebration for the Feast of St Patrick - La Fheile Padraig . Saint Patrick is the patron saint of Ireland. Although officially a  Catholic feast day, people all around the world, especially those of Irish descent, enjoy celebrating Irish heritage and culture.

I have Irish ancestry, on both my mother's and my father's branches of my family tree, although until the 1990's I only knew of my Northern Irish Protestant connection. My paternal grandmother, Jemima Florence White who was born in 1902, in Brookend, County Tyrone was Orange through and through despite marrying a Catholic Scotsman. I had no idea of my Scottish Catholic background until researching my family history much later. My grandmother was a very important influence in my life so I grew up with a strong sense of my roots being firmly planted in Ireland. Being young and having no knowledge of the Ulster Plantation, I was unaware of just how 'planted'  those particular Irish roots were. If anyone asked me what nationality I was, whilst growing up, I always answered proudly - "Irish"!  In fact I have German/Swiss/Irish/ Scottish/English ancestry, but for the purpose of this St Patrick's Day Blog post, I am Irish!

Jemima Florence White pictured above, may not have true Irish roots, however, to my surprise, I discovered  through my family history research that her husband Colin Hamilton McDade, born in Cumbernauld, Glasgow, Scotland in 1901 had very Irish catholic ancestry. I had found a marriage for Colin's parents John McDade and Elizabeth Gibson in 1894 in the Maryhill Catholic Church, but believing the family to be Presbyterian I filed this 'wrong' certificate away in a drawer. It was only when my aunt traveled to Scotland and visited the GRO in Edinburgh some years later, that we realised that this was indeed our own John McDade and that he was indeed catholic. Going back a further two generations, I discovered that my 4th great grandfather, James McDade was born in Ireland in around 1780. My McDades were Irish!

This was not the only Irish branch of family I discovered hiding amongst the foliage of Scottish leaves on my tree. Elizabeth Gibson's mother, Mary Fearns ( surname also Farrins) although Scottish born, in Falkirk, Stirling in 1821, was the daughter of an Irish father, named George Farrins. Her mother, Mary Cupples born in Falkirk also was the fifth child of Alexander and Agnes Cupples of County Down in Northern Ireland.  My Irish family tree was sprouting branches rapidly.

Just as I thought I had unearthed all of my Irish forefathers, I came across a surprise Irish connection on my mother's family line. The discovery of my two times great grandfather, Michael Frayne, born in Dublin in 1820 has led me on an exciting Irish convict journey. A family of  Irish Frayne and Kelly convicts, in fact  who are the inspiration for my newest blog called Family Convictions - A Convict Ancestor.

So on The feast day of Saint Patrick himself, 17th of March, 2014, I feel quite qualified to call myself Irish. At least in part. I wish a very happy St Patrick's Day to my all of friends of Irish descent.... and to my cousins descended from the Irish McDades and Leonards, and who all live now in Illinois, USA.

'May good fortune be yours, may your joys never end' and may your river be as  green as the hills of Ireland. 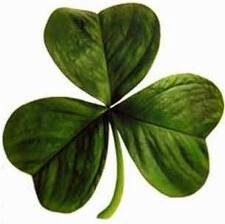