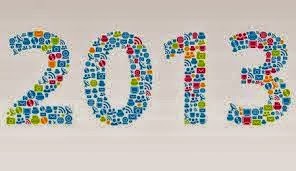 Thankyou to my good friend Jill Ball, better known in the genealogy world as Geniaus, for challenging bloggers to take stock of their genealogy discoveries for 2013. I, in particular, appreciate this challenge, since 2013 has not been what I consider a very productive blogging year for me. University studies and the joyous birth and sad passing of my beautiful grand daughter Primrose have taken precedence over my writing temporarily.
I will choose the prompts which most fit my genealogical year and I am hoping that by taking up your challenge Jill, I might find that I did indeed achieve more than I think!

An elusive ancestor I found -  Although I did not find any of those tricky ancestors who have been stubbornly eluding me, this year I did manage to place quite a few new relatives on the branches of  my family tree. Significantly, I discovered  many (actually many many) LEONARD/ MCDADE relatives who descend from the sister of my Scottish great grandfather. An exciting outcome from this find has been new friendships formed with lots of wonderful cousins who live in Illinois, America. Stubbornly, my most  elusive ancestors remain firmly embedded amongst my tangled roots. On the positive side, they are yet to be found, thus providing me with brick walls to demolish in 2014!

A precious family photo I found - In a trunk left to me by an elderly great aunt, is her wedding dress. The beautiful gold lace dress which she herself sewed, was worn for her second marriage to Major Alexander Wallace Johnston. The marriage took place at the Army Barracks in NSW where he had been stationed following his active involvement in World War 2. Very recently whilst cleaning out a storage cupboard, I discovered in a box, an old photograph frame which I had not even realised that I possessed. In the long white frame,to my delight, were three pictures of my great aunt's wedding and the dress which she wore to her wedding. (and I must confess, I HAVE tried the dress on!)

One other very exciting photograph I found was one discovered on a  School Facebook page for the first school I attended in Brisbane, Queensland. This class photograph, taken in my first year of school, was a significant find for me since all of my school photographs and many other childhood photos were lost in the 1974 Brisbane floods. I wasn't even certain that it was actually myself in the photograph until I noticed my 'peter pan' style collar and T- bar school shoes, both of which I recall disliking because no one else wore them. My mother had sewn my school uniform and preferred a pretty rounded collar to the usual pointed one that everyone else wore. I hated being different then, but now I treasure that peter pan collar because I might not have otherwise been able to recognise myself in the photograph!

An important vital record I found -  The Queensland State Archives has put online some orphanage records and this year I dicovered my great great grandfather, John NERGER's name in the Reformatory School for Boys Index 1871-1900. To my surprise, I found that in 1876, at the age of 12 years, John was charged in the Brisbane Central Court with being 'neglected' and  was sentenced to five years on board the hulk, Proserpine. This hulk, moored in the Brisbane River at Lytton, , was previously used to house convicts. The record showed that my two times great grandfather had been in an orphanage prior to this 'sentence'.  A trip to Brisbane and the State Archives allowed me to search the original admittance registers of several orphanages, not yet available online. From these old records, I learned that John and his younger brother George Nerger were both admitted to the Diamantina Orphanage in Brisbane in 1873, aged 9 and 7 years. In 1876 when John was sent to the hulk, George, aged 9. was 'reclaimed by his mother', my great grandmother. Christiana Siegler had lost her husband Gottlieb Nerger in 1869, in Gympie, where the family had moved to from Toowoomba for the Gold Rush. Christiana's youngest son Herman Nerger died in 1870, aged one year, and in that same year Christiana remarried an Irishman named Michael Hogan. I was saddened to realise that at the time she placed her two boys from her first marriage in the Diamantina orphanage, my two times great grandmother had two more children to her second husband. She went on to have six children to Michael Hogan.

A newly found family member who shared my family history has been a third cousin who lives in Illinois, USA. My cousin found me through Ancestry.com and my blog FamilyHistory4u . Together, we discovered that we share three times great grandparents who lived in Scotland. Since we subsequently connected via Facebook, I have been introduced to many more wonderful cousins in America and exchanged stories with them, both genealogical and about our family lives. We 'chat' on almost a daily basis and this connection and sharing has been one of the most joyous and rewarding outcomes of my journey into family history. In 2013, I have also been contacted by people unrelated to my family but who have generously shared stories about the ships my ancestors immigrated on, their home towns, and one very generous gentleman offered information about a garden in a family home in Ord, Scotland. Blogging has put me in touch with some wonderful people and taught me much about researching family history and history.

A genea surprise I received was being voted in the top 10 Australasian Rockstar Genealogists 2013, by fellow bloggers and readers of my newest blog Family Convictions - A Convict Ancestor  .  Alongside some well respected people in the genealogy world I felt most humbled by this award and very grateful.

My 2013 blog post I was particularly proud of was a post on my Family Convictions - A Convict Ancestor  blog, entitled 'Escape from Barrenjoey -  Customs House Boat Crew. This post in March of 2013 was a significant challenge to me as I learned that my great great great grandfather, Michael Frayne, had been one of the five convicts who constructed the stone steps which still today provide the long and winding climb up the steep Barrenjoey Headland to the lighthouse. He was given this arduous task as punishment for escaping from the customs house station in a long boat.
After making this discovery I could not resist the 45 minute climb to the top of Barrenjoey Headland, to walk in my g g g grandfather's  footsteps. The climb was was quite a feat as I had only just recovered from a debilitating bout of pleurisy for which I was hospitalised. It is amazing what ancestor hunters will do to follow the path of an forebear.

My 2013 blog that that received a large number of hits or comments was a post which I wrote in November of 2013 on Scottish Valuation Rolls on my FamilyHistory4u blog. This post described what the Valuation Rolls are and what they can tell us about ancestors and their lives through the mid to late 1800's and early 1900's. Although 2013 has not been as prolific as usual a year of geneablogging for me, I was pleased that my research was able to help others with their own searching. My favourite posts are always the ones which involve historical research. I enjoy learning about the past and in particular discovering ways to find out how our ancestors fitted into our historical past.

A social media tool I enjoyed using for genealogy was Pinterest. I have been making use of Google Plus, Twitter and Facebook for some time with regard to genealogical social networking. Although I have had a number of Pinterest interest boards, including one entitled Australian History, since 2012, I have only recently begun using Pinterest as a social media tool for my family history. I have now added genealogy related Pinterest Boards entitled  Family History, My Scottish Heritage, Things Irish, Family History Blogs, Genealogy Blogs and Convicts - A Convict Ancestor. In case anyone would like to have a peek at my many Pinterest boards, my user name on Pinterest is sharnwhite.

A genealogy conference/seminar/webinar from which which I learned something - Although I have not yet taken the leap and participated in a Google Plus hangout, I have watched a number of very interesting hangouts, in particular, those conducted by Jill Ball and Julie Goucher. From these I have discovered new websites and genealogical societies, sources and ideas which I have added to my exciting  'look forward to exploring' list for 2014.

I taught a friend how to find Scottish genealogy records and  I showed several friends how to begin researching their family history. Through my adventures in geneablogging in 2013 I presented tips and advice through my anecdotes on how to research convict ancestry, Scottish ancestry and local history amongst other topics.

A journal/magazine article I had published - Apart from my blog posts, I had nothing published in 2013, however, I have several magazine articles in the pipeline and two very interesting books I am researching. I will offer a hint.... one involves correspondence with the Hyderbad Falaknuma Palace Historian, a journal written in 1948 by General Peter El Edroos,( head of the Nizam of Hyderabad's army) and gun running....so stay tuned!

An exciting Archive I visited was the Queensland State Archives in Brisbane. As much of my family history research centres on Queensland, especially, Maryborough (1871 onward), Toowoomba, Dalby and Drayton (1852 onward), and Brisbane, I never seem to be able to visit this repository of wonderful records of the past, nearly often enough. This year I was fortunate to make three trips north to undertake research at the Qld State Archives. The QSA has many records online and is always on my list of things to do when I visit my home city of Brisbane.

A new genealogy/history book I enjoyed - This year I returned to studying history through the University of New England so I read quite a significant number of history books, although I must admit that most books I read tend to have a genealogical or historical flavour. My favourite books in 2013 included The Kelly Gang Unmasked by Ian McFarlane, Ned Kelly- a short life by Ian Jones, The Floating Brothel by Sian Rees and Breaking the Bank by Carol Baxter. 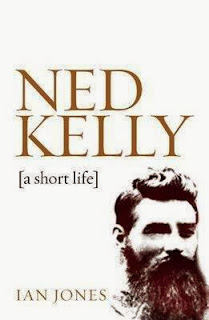 A geneadventure I enjoyed was a trip to Toowoomba to research my German ancestors. Whilst there I joined the Toowoomba and Darling Downs Family History Society. Making use of rate notices as well as old topographical maps, on this 2013 trip, I found the land which my great great great grandfather, Gottlieb Nerger purchased and farmed in the 1850's and 1860's before the lure of the Gold Rush took him to Gympie.

Another positive I would like to share is that I have realised that it is not the frequency with which I blog that is important. It is more the passion I have for genealogy and history that is significant as this is the motivating force behind my desire to share what I discover, through my blogs.

I would also like to take this opportunity to wish everyone a happy and positive New Year filled with exciting family 'finds'. I look forward in 2014, to meeting in person more of my wonderful geneablogging friends. 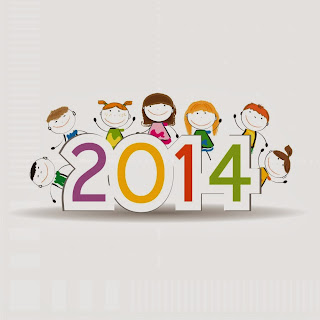