The Oxford Dictionary defines a Muster Roll as: noun,
1. an official list of officers and men in a military unit or ships company
2. an inventory, a roster

Muster Rolls are a valuable source of information for family historians.  Although mainly military or shipping inventories, by nature, there are also other surviving musters such as those of police officers and significantly, for  anyone with criminal ancestors,  there are surviving musters of Australian Convicts. What is particularly of interest to family historians is that Muster Rolls or inventories, extend across all classes of people and often include information about the lives and political attitudes of commoners,  information which might not be easily found in any other source.  Because of the nature of the military system, especially in Britain,  Muster Rolls can provide excellent insight into the standing an ancestor in his community, this being accounted for by the amount or number of weapons he possessed. Whether your ancestor was a member of the militia, a gentry family member or a commoner, Muster Rolls and regimental histories are a 'must check' source of information for every family historian. For the purpose of this blog post, it is my intention to concentrate on on early militia  Muster Rolls, with particular reference to Britain and America. Shipping and Convict Muster Rolls as sources for family historians is a considerably significant topic and deserving of an independent post.

A BRIEF HISTORY OF MUSTER ROLLS

The concept of muster rolls, or inventories, dates back to feudal times. The feudal system required the Lords of the Manors to each keep their own army, which could be called upon whenever needed for defence purposes. For accounting purposes, a general muster was called annually to record all able bodied men between the ages of 16 and 60, who were eligible for military duty. An inventory was also taken of the number and value of the weapons each man individually possessed. Muster rolls also sometimes recorded occupations as well as the name of the Lord of each Manor, and the value of their lands.

After the breakdown of the Feudal system, a similar arrangement of accounting was continued, for the keeping account of men liable for military service. During the Tudor  and Stuart dynasties in England, (1485-1649),  musters  were called periodically, in order for the King to assess the numbers of men  in the local militia and as such, the number of men ready to fight in the militia, and when required, to form a larger defence force. Within Counties, each parish was responsible for assessing each household to record its weapons, horses, armour and financial status. Military training was rarely provided for the local militia and realistically, they could not be relied upon for defence outside their own county. Early muster rolls recorded names, sometimes occupations as well as arms, although some later inventories listed numbers of men without individual names.

In 1757 an Act was passed in England which decreed that participation in local militia would no longer be on a voluntary basis. In every parish, constables were empowered, to annually record the names of all men between the ages of 18 and 50 for the purpose of a ballot system. This ballot was  to be used from which  to conscript men for military service. Members of Peerage, clergymen, teachers and apprentices were excluded from the new forms of Militia Musters, known as Militia Ballot Lists. These lists provided names and infirmaries. Subsequent Militia Muster Rolls were compiled between 1758 and 1802, which recorded names, occupations and infirmaries. Lists from the period 1802-1806, added descriptions of persons ( e.g. servant, lodger) and number of children over the age of 14 and the 1806-1831 muster lists expanded the information about each man to include his age.

No centrally organised army existed in England until the 17th century. Until then the system of annually mustering men to register for the militia persisted and any form of military force was fairly disorganised. Subsequent reforms  created the style of regimental structure of defence forces, which has persisted to this day.  Military forces have continued the tradition of keeping inventories of members of the defence forces. Although no longer known as muster rolls, military records, or inventories of people enlisted in defence forces, are extremely useful sources of information for family historians.

The system of mustering has bequeathed us numerous valuable records. Although some did not survive, many surviving records can be found in local county archives and offices, or in national archives and  museums. Genealogy websites such as  www.ancestry.com   and  www.findmypast.com   have made  Muster Rolls available for searching. Even if there is no record of our own ancestor in a Muster Roll, these inventories are a source of exceptional and fascinating local background information with regard to  our ancestors' lives. Perhaps their greatest value lies in the fact that records pertaining to the common classes in early times were uncommon. Because Muster Rolls were inventories which included every man over the age of 16, in every community, they are often the only source of information available to us about early ancestors who were commoners.

Local Historical and Family History Groups often provide links to Muster Rolls and may even hold records on microfiche or microfilm. Some historical groups, such as the St Keverne Local History Society, have published Muster Rolls on line for their local region. If your ancestors originated in Cornwall, you might find the Muster Roll - St Keverne Cornwall 1569 of interest. You could discover that your ancestor, Nycholas ROYE owned a 'sling and bag' , whilst John Nychlys was well armed with a 'bill and 12 arrows'. [bill hook, pictured below centre]

Searching Muster Rolls can be useful for indicating how early the surnames you are researching existed in a particular County. For example, should you be researching the surname JENKINS from Wareham in the County of Dorset, you might try searching the Dorset, England, Militia Lists, 1757-1860.  Finding Henry Jenkins residing in Kingston, Rowborrow, Wareham in 1759, on a militia list or muster roll, could very well be the earliest reference you discover for the surname Jenkins in the exact area of Dorset you are researching. At the very least, you will know that the surname  JENKINS existed in Wareham, Dorset as far back to at least 1759, which would be a compelling clue for further research. The Dorset Muster Rolls are newly available on www.ancestry.com.  There are Muster Rolls which date even further back for other Counties of England, such as the Militia Musters for Northumberland, 1538. Perhaps the earliest known Muster Roll dating back to December 1215, has been in the possession of  the British Museum since 1927. This Muster Roll is a single parchment sheet upon which is listed the names of 47 royal household knights. Much research has been conducted in an effort to accurately determine the reason for, and exact date of this Muster Roll. Most of the names appear to be of French origin and include names such as William de Bosco, Godfrey of Crowcombe, Hugh de Boves, (who was known to be one of King John's mercenaries), and Walter le Buck. If you have ancestors who accompanied William the Conqueror to England, you might find this document to be of special interest. [ www. eastanglia.academia.edu/The_earliest_English_muster_roll_18_19 ]


Scotland has a long history of recruited military forces - Fencibles, Militia and Volunteers who were much utilized during the Jacobite Uprisings, between the 1690's and 1746. Scottish auxiliary forces were also disposed during the Seven Years War and the American War of Independence. The Olive Tree Genealogy Blog  [ www.olivetreegenealogy.blogspot.com/ ] has excellent links to Loyalist and British Muster Rolls for British Regiments serving in America.  I have discovered one Scottish ancestor serving in the 15th Regiment of Foot, America, 1763, Muster Roll.  http://olivetreegenealogy.com/loy/muster/15reg.shtml . This Blog has links to numerous Muster Rolls which are searchable and with persons listed under name, rank and regiment, it is well worth a look.

From muster rolls compiled by the Hanoverian army following the Battle of Culloden in 1746 in Scotland, a most unique, fully indexed historical record has survived which lists every Scottish regiment which took part in the battle. I found our MacDonalds of Clanranald, listed in this extremely significant record, in Christian Aikman's book, "No Quarter Given: The Muster Roll of Prince Charles Edward Stuart's Army, 1745-1746".  A family anecdote boasting of this MacDonald ancestor,  breaking down the doors of Carlisle Castle, might even have a touch of truth in it, having certain evidence that he took part in the battle. Muster rolls which have survived for Scottish family history research can be found on the national Archives of Scotland website http://www.nas.gov.uk/  .

Muster rolls are of particular importance as census substitutes, especially for research in Ireland where many records have been destroyed. In the early 17th century, the  British, devised a scheme to settle colonists in Ulster. During what became known as The Ulster Plantation, landed estates were required to muster tenants to defend the land from threats from the native Irish. Lists were drawn up recording the number of  men on the estates who bore arms. Later inventories included the names of  all men able to fight. The most complete Muster Roll is the 1630 Muster Roll for each of the Ulster counties. These are available for the Ulster counties of Armagh, Cavan, Tyrone, Donegal, Monaghan and Londonderry. Because many of these Muster Rolls have survived, the names of the original planters are known. This is especially important for family history research in Northern Ireland since by 1622, more than 4000 Scottish people alone had migrated to these counties, outnumbering the numbers of planters from England.

In my own Northern Irish family research I have searched the Muster Roll of the City of Londonderry, 1630 to determine whether the surnames of my ancestors were on this list. One of my ancestors who was a planter from Scotland, Robert SHAW is listed as bearing a sword and musket. Some of my other Northern Irish surnames appear on later Muster Rolls, including THOMPSON.

There are Muster Rolls which have survived from  the early chapter of the plantation scheme, between 1603 and 1633. These Rolls contain many names from the Ulster Plantation Counties and can be found alphabetically indexed from a number of sources including the following excellent website - Ulster Plantation,  http://www.ulsternationalist.freeservers.com/custom2.html  . For more historical information about the Plantation of Ulster, there are many excellent websites on the internet as well as books published on this topic. 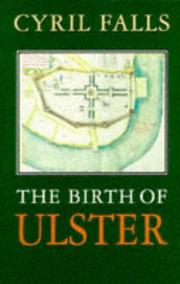 Muster Rolls can be extremely informative records for family historians. Muster Rolls not only record names of ancestors who served officially in the military but importantly they are evidence of ordinary folk who were eligible to be called to military service. Muster Rolls embraced all classes of society - officers from the upper classes as well as soldiers and common people from the poor. Early Muster  Rolls pre date census records and can provide information and  details about individual ancestors as well as their family circumstances and status within a community. Musters are  unique census like historical records which are great value to genealogists and which may provide information not found from any other source. 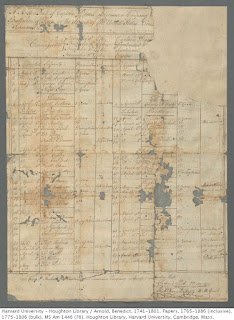